Thank you for Subscribing to Aerospace and Defense Review Weekly Brief

Marlon van der Meer, Founder
In the aviation industry, the importance of good customer experience is second to none. From booking to check-in, boarding to in-flight–every interaction must be seamless. Oddly enough, despite it being a major component of travel for both passengers and carriers alike, baggage handling is a subject that receives very little attention. In fact, this critical element operations and security is still using the same legacy systems from the 1960s.

The only technological “innovation” in the past sixty years in baggage identification has been RFID, but even that solution is enormously expensive (average 15 cents per bag, per trip) and global adoption has been slow because of that cost. The standard solution, thermal paper barcode scan tags, is also not reusable, costly at scale (average 7 cents per bag, per trip) and with millions of travelers per year, is extremely taxing on the environment. With airlines trying to protect their bottom line and offset their carbon emissions, there has to be a better way. Now there is.

There’s a demand to enhance the digitalization of the lbaggage journey. But, because of the pandemic, airlines are forced to invest their limited financial resources on getting airborne again—leaving them with very little budget left to innovate. So, what can these companies do? Is there an effective way to improve baggage-handling and customer experience, reduce their carbon footprint, and ultimately remain competitive in the post-pandemic world?

Rather than reinventing the wheel, BagsID builds on models that have been successful in an entirely different area of airline travel—computer vision and machine learning. The idea of leveraging self-learning systems to visually recognize and classify images at large scale has been around since 2015, used mostly for passenger biometrics. But why not baggage identification?

Enticed by the endless possibilities of photographing every bag, extracting data, and analyzing that information, Marlon van der Meer founded BagsID from the ground-up in 2018. In just two years, his technology for baggage recognition has successfully disrupted the entire air travel industry – in a good way.
BagsID uses a proprietary “baggage biometrics” solution that recognizes and categorizes size, dimension, color, texture, shape and unique characteristics (scratches, dents, and stickers, among others) through AI photo recognition technology. These data points are used to identify the bag throughout the journey.

The solution offers baggage recognition and authentication with autonomous categorization, data extraction, collection, and enrichment. It also connects to a global library (the most extensive photo database for baggage globally), integrates easily with existing baggage handling systems, and comes with an API, widgets, dashboard, and a mobile SDK—which is valuable for airports, integrators, airlines, and ground handlers alike.

The AI technology doesn’t just optimize baggage handling, tracking and tracing, it helps develop new services, efficiencies and revenue streams (such as better utilization of cargo space, reduced CO2 emissions, new ancillary sales and more). BagsID helps reduce the overall cost to nearly 1 cent per bag per flight, which is astounding compared to thermal barcode scan tags and RFID. Better yet, the data gathered is almost infinitely reusable, unlike RFID. This is a value add for airlines looking at lowering costs and reducing carbon footprint—especially those receiving government aid. That’s not all; the solution also complies with IATA standards and international conventions.

“When it comes to the passenger experience, our system has the ability to allow passengers to see where their baggage is along in its journey (if that ability is integrated into the parent airline’s app). This gives them more peace of mind in addition to photo documentation along the way in case of mishandling, damage or theft. Our solution will make proving these claims more efficient, for both passengers and carriers, and specifically allow evidence on where exactly the mishandling occurred. Passengers will also save time checking in their baggage as they’ll no longer need physical tags,” says van der Meer. In a nutshell, BagsID has created the true sky-is-the-limit solution the industry has been looking for.

On a mission to create seamless air travel experiences, BagsID is working with some of the biggest and best global airlines and airports, each with a clear vision of how the future of travelling with baggage should be shaped. “We tested our technology and proved that it outperforms both barcode and RFID tags. We are also currently working on a project at Schiphol Airport around segregation of baggage, recreating a virtual tag on every bag arriving at their airport. In this use case, we have been able to prioritize the influx of baggage into the system and avoid peak capacity issues. Put simply, our solution can handle more baggage without reaching the maximum capacity of the BHS,” says van der Meer.

BagsID’s innovative DNA and robust solution was recently validated by the 2021 International Airline Group (IAG) Hangar 51 Accelerator Programme. As part of the coveted program, BagsID worked intensely with Iberia to build a case for baggage recognition and fraud reduction. BagsID divided this work into key moments: Capturing images, loading them into their database, and making a match. Additionally, BagsID’s focus on creating a no-tag bag future made it a logical choice for the FTE APEX Business Model Transformation Think Tank 2021, for which the company was also selected.

Change has never been easy in the airline travel industry, and that’s precisely what motivates this new kid on the block. “BagsID is not only a technology, we are an agent of positive change and are involved in new initiatives that will make the future of baggage more environmentally friendly. And we have only just begun. The amount of data we extract from an image opens up a wide array of possibilities that will power new services related to baggage,” says van der Meer. “Our roadmap covers multiple aspects that are fundamental in the ecosystem. We believe that BagsID technology will become the global standard.” 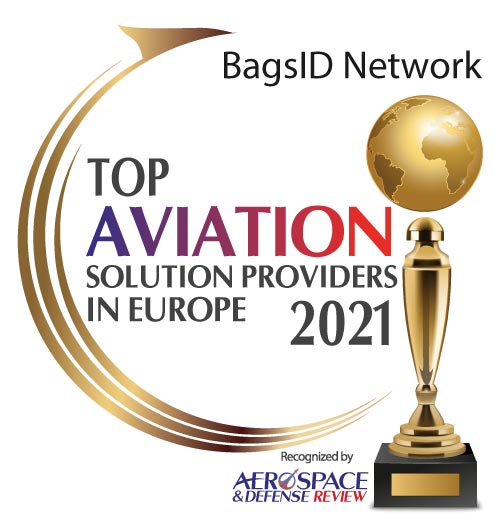 Description
BagsID delivers its proprietary AI technology, combining deep learning and computer vision, to enable easy and reliable baggage identification for airlines without the need for traditional bag tags nor the waste they create 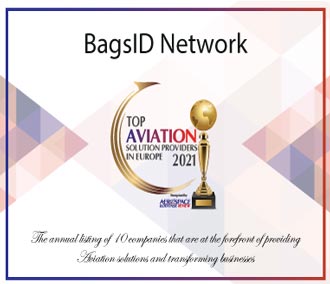 "“BagsID is not only a technology, we are an agent of positive change and are involved in new initiatives that will make the future of baggage more environmentally friendly.” – Marlon van der Meer, Founder and CEO"